Getting One Up on the Ultimate Foodie

If Toronto is looking for ways to generate revenue, we need to position speed traps near Josh Josephson’s house. Because when he shows up for dinner, having forgotten wine, he rushes from Chinatown to Rosedale and back in the time it takes me to heat up soup.

He needn’t have driven like Steve McQueen. As we taste the Meursault 1999 Premier Cru, Josephson’s face drops. “This wine’s corked,” he says, gathering up our glasses. “Jesus, I can’t believe it.”

It’s not the loss of a bottle that he’s had for 11 years that upsets the eyeglass magnate. Only that we didn’t get to enjoy it.

“I started buying wine when I was 19,” he explains. “Don’t ask me why, it’s another long story that’ll bore you but suffice it to say,” says Josephson, in a rare instance of not digressing into a story, or a story within a story. “I started buying wine not knowing what I was doing but having a sense of it because I read Gourmet magazine.”

Josephson began his career as a research optometrist, before taking over the family retail eyewear empire. In 1983, he converted another family business into the Cookbook Store.

But the central preoccupation of his life is food.

Josephson, 66, belongs to that generation that used the word gourmand without malice. He has been engaged in the sport of eating since the days when the Toronto food scene was primarily steak houses. “Up until about 1980,” he recalls, “you really were bored by the food here.”

He asks about everything we eat, tapping notes into his BlackBerry. For any ingredient I mention, he one-ups me with tales of a superior product; something he ate in Rome or Tokyo. My handmade tagliatelle (yes, I bought a pasta roller this week) with tomatoes and anchovy butter elicits a description of colatura, a fermented anchovy oil he tasted at la Rosetta in Rome.

“When you have a chance to use this ingredient, it will change your entire perspective on the complexity of fish-based sauce,” he promises, pausing to ensure that he hasn’t offended me. “And that was no statement about what you made.”

I’m able to trump him with the tomatoes though. Each of four courses — mussel and gochujang soup, sweetbreads with tomato and avocado sauces, the pasta, pork shoulder — features tomatoes, all from the garden of Vivian Reiss.

Reiss, showcased in a previous Fed column, grows over three-dozen breeds of tomatoes on the roof of an office building that she and her husband own. The firm flesh of the speckled peach tomato, with its undertone of caramel, succeeds in stopping Josephson in his verbal tracks. “That is amazing,” he exclaims, for once unable to cite something he’s had that’s better.

To reciprocate, he does what no other Fed guest, in 47 columns, has done. He invites me to his house.

He delights in showing me his drawer of vinegars, dozens of them. We are very alike. I knew, without asking, that he was disappointed in the sweetbread dish. Just like me, he has a glass used only for scotch. After using it to taste from several bottles, he demonstrates how to experience a well-aged scotch; rubbing it into the hands, then cupping it over the nose like some nitrous oxide-addicted dentist.

He shows me a shot of my pork dish, captured by the unflattering lens of his phone. The image is grotesque, roadkill on a blue plate. I insist that he not post it on his blog, even threatening to hire criminal lawyer Clayton Ruby, to bury him in court. Foiled again, Josephson informs me, “Clayton is an old high school friend and wine buddy.” 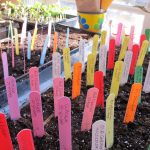